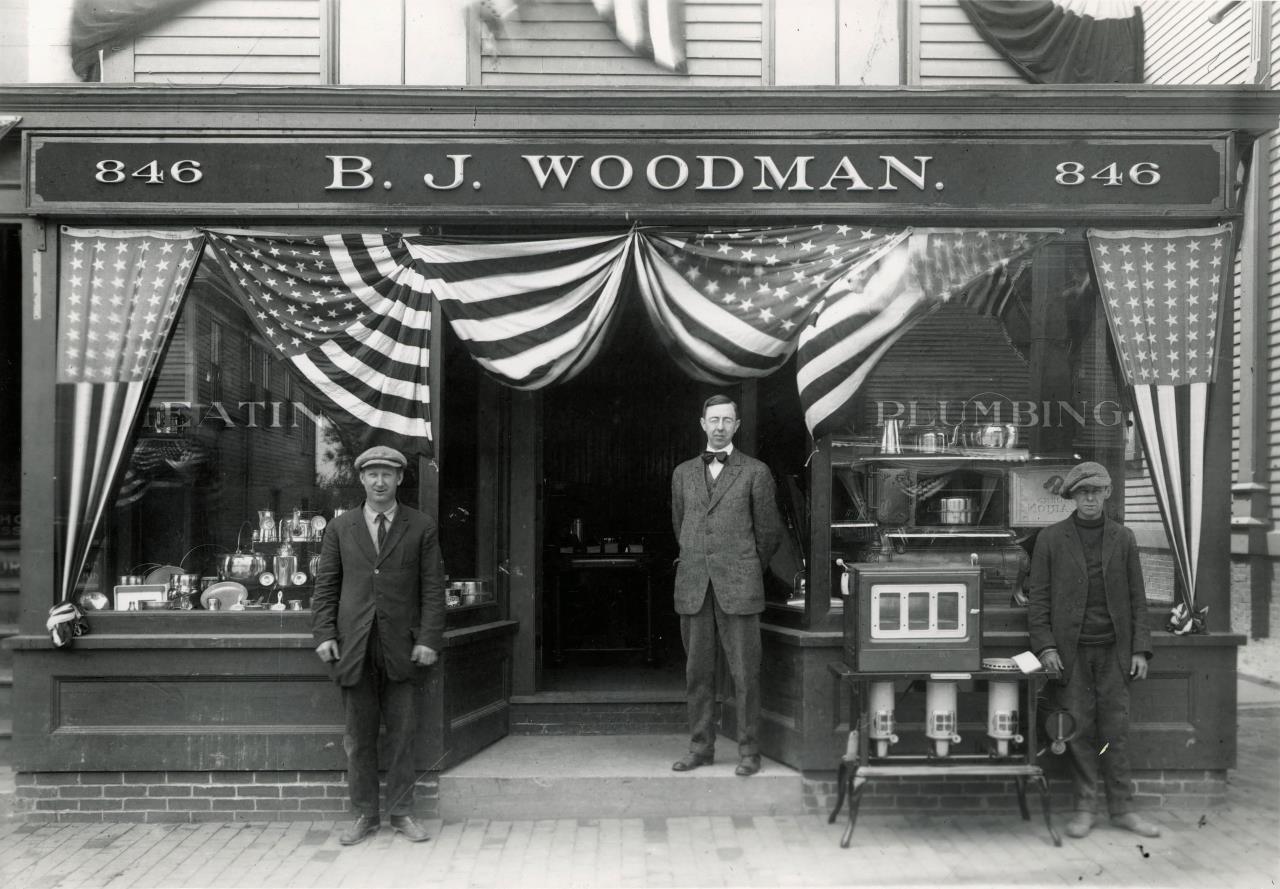 The first European settlers were reported in what we now know as Westbrook as early as 1632. The first deed was recorded in 1657 and the first house was built in Westbrook in 1699. The first permanent settler to locate in the area was Joseph Conant who is reported to have built a house, saw and grist mill at Saccarappa Falls in about 1739. The primary settlement was located on the Presumpscot River, which means "many rough places river". Before the city received its name, there were two villages along the river and they were called Saccarappa and Ammoncongin. 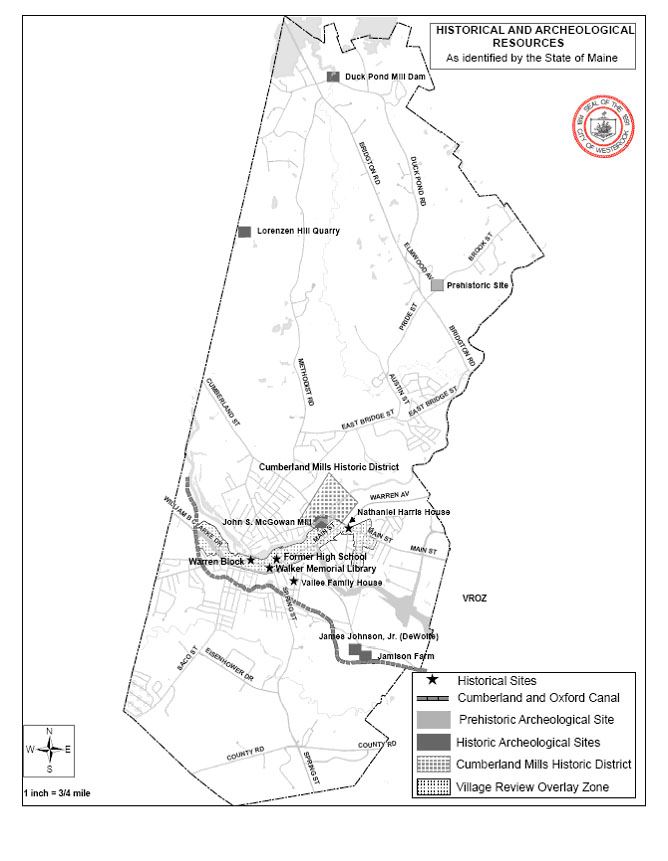 Historic patterns of settlement are still evident in Westbrook.  Downtown Westbrook retains much of its buildings and character from the days before the advent of the shopping mall, when downtown was the destination for shopping, entertainment and jobs in Westbrook. The residential neighborhoods abutting downtown represent the housing stock that provided a home to most employees and employers in downtown Westbrook. In addition, many historical farmhouses and meeting houses still exist on the outer edges of Westbrook. It is important to note that many residential and commercial structures from the early 1900s are in continuous use and are well maintained.

However, given their age and a frequent bias toward new construction, threats to historically significant resources include the cost of environmental and building preservation, a building footprint or layout that is not consistent with the current highest and best use in the marketplace and a lack of maintenance and/or respect for the historically significant building by non-resident landlords. In the late 1990s, the City of Westbrook contracted with Greater Portland Landmarks to conduct a comprehensive survey of historic resources. Over 1,350 structures and sites were assessed and recorded, revealing a rich array of historically significant buildings, landscapes and neighborhood areas. Westbrook's riverbeds, the shores of Highland Lake and the shores of Mill and Minnow Brooks are sensitive for prehistoric archeologically. To the greatest extent practicable, the City of Westbrook strives to protect significant historic and archaeological resources in the community and will continue to do so. Three layers of protection exist for historical and archeological resources in Westbrook.

The Village Review Overlay Zone, as depicted in this chapter and generally located in the downtown and the residential/commercial areas immediately to the east and west of the downtown, provides architectural guidance and review to property owners within the zone. no building demolition, change to the exterior of an existing building, addition to an existing building, or any new construction shall occur in the Village Review Overlay Zone without the approval of either City Staff or the Planning Board. Property owners are required to incorporate the U.S Secretary of the Interior's Standards, Practices and Guidelines for Preservation, Restoration and Reconstruction. The criteria for approval of alterations or additions guide owners in the maintenance of important architectural and landscape features of the property, or creating new ones that relate to surrounding properties.

Westbrook's comprehensive development review process requires compatibility of development with the surrounding neighborhood. This would require new structures to be compatible with nearby historically significant structures. This process includes maps and information provided by the Maine Historic Preservation Commission.

Site plan and subdivision applications require the identification and preservation of historic and archeological resources to the greatest extent practicable. The resources depicted on the Historical and Archeological Resources map are provided by the State of Maine.

As part of the development review process, new residential subdivisions are required to provide land or a fee in lieu of land. The purpose is to conserve important features of land and/or to provide for the recreational/open space needs of the new residents. Land may be provided off-site if there is an effort to accumulate land nearby for a specific purpose or if a multifamily building is proposed in the downtown where there is or would be little useful space remaining for conservation or recreational/open space area.

Residents, developers and appointed and elected officials are encouraged to visit the Westbrook Historical Society, online or in-person, in order to view the wide variety of historical artifacts that they host.

Residents, developers and appointed and elected officials are encouraged to review the historic buildings survey of Westbrook, compiled by Greater Portland Landmarks.